Cannabidiol (CBD) holds the key to the wide variety of medicinal and therapeutic effects marijuana offers, all with zero toxicity to humans. 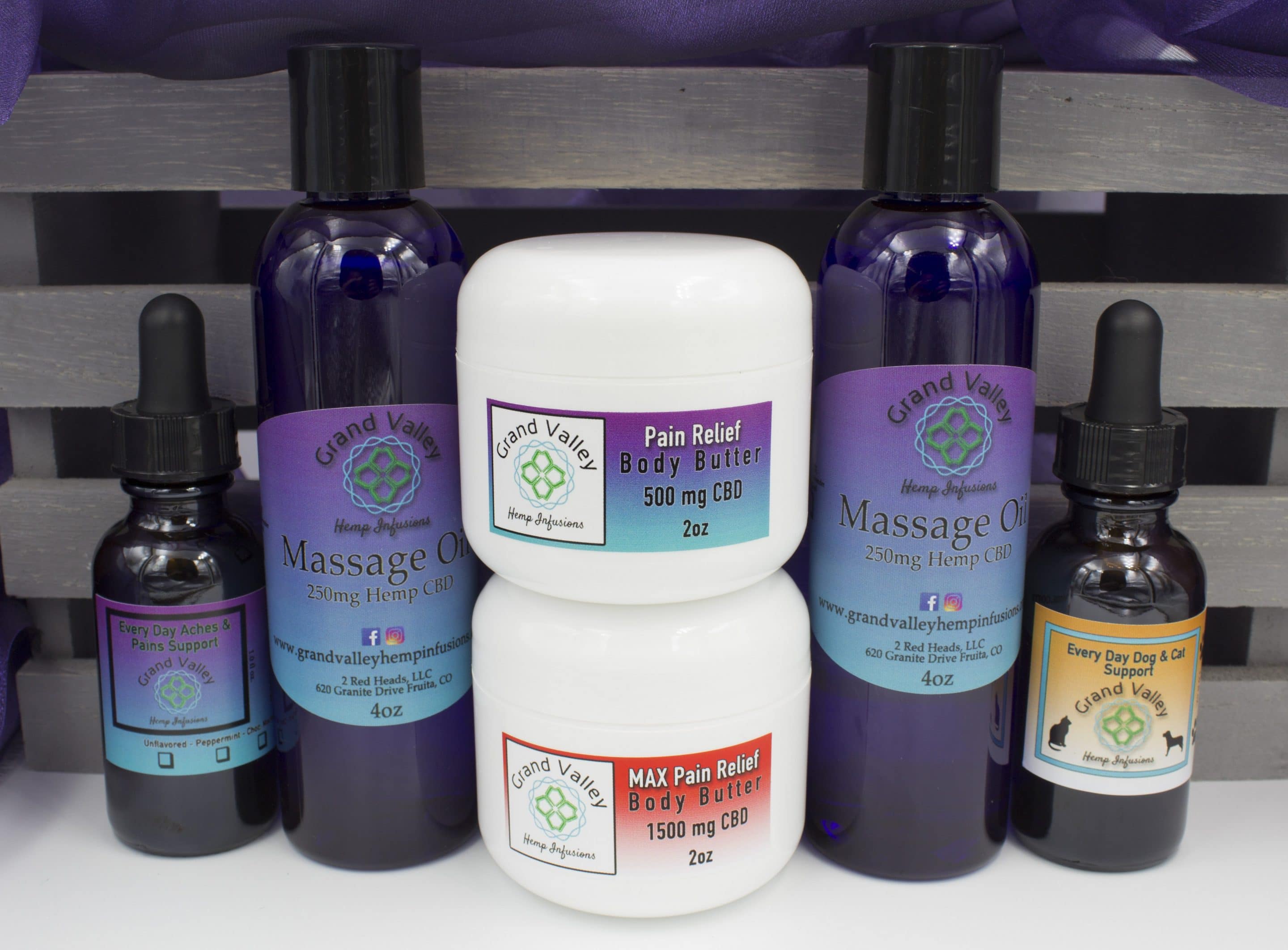 In addition to the dozens of cannabinoids, which you can learn more about below, hemp oil is a great source of essential vitamins, minerals, Omega fatty acids, flavonoids, chlorophyll and terpenes.

Cannabidiol—CBD—is a cannabis compound that has significant medical benefits, but does not make people feel “stoned” and can actually counteract the psychoactivity of THC. The fact that CBD-rich cannabis is non-psychoactive or less psychoactive than THC-dominant strains makes it an appealing option for patients looking for relief from inflammation, pain, anxiety, psychosis, seizures, spasms, and other conditions without disconcerting feelings of lethargy or dysphoria.

Scientific and clinical research—much of it sponsored by the US government—underscores CBD’s potential as a treatment for a wide range of conditions, including arthritis, diabetes, alcoholism, MS, chronic pain, schizophrenia, PTSD, depression, antibiotic-resistant infections, epilepsy, and other neurological disorders. CBD has demonstrable neuroprotective and neurogenic effects, and its anti-cancer properties are currently being investigated at several academic research centers in the United States and elsewhere. Further evidence suggests that CBD is safe even at high doses.

Tell me more about these receptors:

Cannabinoid receptors are found throughout the human body embedded in the cell membranes that are responsible for regulating multiple processes that we experience daily including mood, appetite, memory and pain sensation. When they’re activated, it can be by naturally occurring endocannabinoids, as well as by the phyto-cannabinoids found in hemp and cannabis. There are two major cannabinoid receptors – CB1 and CB2 (Researchers speculate there may be a third cannabinoid receptor waiting to be discovered.) CB1 receptors are concentrated in the brain and central nervous system but also sparsely populate other parts of our bodies. CB2 receptors are mostly in the peripheral organs especially cells associated with the immune system.

Because of the way that CBD components acts in the body, it has many potential uses. The oil is taken orally, rubbed on the skin, and sometimes inhaled through vapor to produce its effects.

People commonly use prescription or over-the-counter drugs to relieve pain and stiffness, including chronic pain. Some people feel that CBD offers a more natural way to lower pain. A study published in the Journal of Experimental Medicine found that CBD significantly reduced chronic inflammation and pain in some mice and rats. The researchers suggest that the compounds in the hemp plant, such as CBD, could be a new treatment for chronic pain. Full spectrum CBD is already in use for some conditions that cause chronic pain, such as multiple sclerosis and fibromyalgia.

There is some promising evidence that CBD use may help people to quit smoking. A pilot studyposted to Addictive Behaviors found that smokers who used an inhaler containing the compound CBD smoked fewer cigarettes but did not have any additional craving for nicotine.

Another similar study posted to Neurotherapeutics found that CBD may be a promising substance for people who abuse opioids. Researchers noted that some symptoms experienced by patients with substance use disorders may be reduced by CBD. These include anxiety, mood symptoms, pain, and insomnia. These are early findings, but they suggest that CBDl may be used to avoid or reduce withdrawal symptoms.

Epilepsy and other mental health disorders

CBD compounds are also being studied for their possible role in treating epilepsy and neuropsychiatric disorders. A review posted to Epilepsia noted that full spectrum CBD has anti-seizure properties and a low risk of side effects for people with epilepsy.

Studies into hemp extract effect on neurological disorders suggest that it may help to treat many of the disorders that are linked to epilepsy, such as neurodegeneration, neuronal injury, and psychiatric diseases. Another study posted to Current Pharmaceutical Design found that hemp oil/cbd may have similar effects to certain antipsychotic drugs, and that it may be safe and effective in treating patients with schizophrenia. More research is needed to understand how this works, however.

Full spectrum hemp oil has been studied for its use as an anti-cancer agent. A review posted to the British Journal of Clinical Pharmacology notes that CBD appears to block cancer cells from spreading around the body and invading an area entirely. The review indicates that compounds in the CBD tend to suppress the growth of cancer cells and promote the death of these cells. Researchers note that hemp oil may help in cancer treatment because of its low toxicity levels. They call for it to be studied along with standard treatments, to check for synergistic effects.

Patients with chronic anxiety are often advised to avoid cannabis, as THC can trigger or amplify anxiety and paranoia in some people. However, a review from Neurotherapeutics suggests that CBD/hemp oil may help to reduce the anxiety felt by people with certain anxiety disorders.

The researchers point to studies showing that hemp oil may reduce anxiety behaviors in disorders such as:

The review notes that current medications for these disorders can lead to additional symptoms and side effects, and that people may stop taking the drugs because of these unwanted effects. CBD/hemp oil has not shown any adverse effects in these cases to date, and the researchers call for CBD to be studied as a potential treatment method.

Another promising use for hemp extract is as a new treatment for acne. Acne is caused, in part, by inflammation and overworked sebaceous glands on the body. A recent study posted to the Journal of Clinical Investigation found that CBD helps to lower the production of sebum that leads to acne, partly because of its anti-inflammatory effect on the body. Hemp extract could be a future treatment for acne vulgaris, the most common form of acne.

Initial research published in the Journal of Alzheimer’s Disease found that full spectrum hemp oil was able to prevent the development of social recognition deficit in subjects. This means that CBD could potentially prevent people in the early stages of Alzheimer’s from losing their ability to recognize the faces of people that they know. This is the first evidence that hemp oil has potential to prevent Alzheimer’s disease symptoms.

Potential side effects and health risks

Many small-scale studies have looked into the safety of CBD in adults and found that it is well tolerated across a wide dose range. There have been no significant central nervous system side effects, or effects on vital signs or mood among people who use it either slightly or heavily. The most common side effect noted is tiredness. Some people have noticed diarrhea and changes in appetite or weight. There are still very little long-term safety data, and tests have not been carried out on children as of yet. As with any new or alternative treatment option, a patient should discuss CBD/hemp oil with a qualified healthcare practitioner before using it.

So how does CBD actually work in our body?

When someone takes CBD, the compound goes into your system and to the endocannabinoid system (ECS) which is made up of receptors throughout the body and brain.

The hemp CBD found in Grand Valley Hemp Infusions is Quality Tested with zero side effects and no prescription needed. 99.9% Pure and is sourced from locally grown hemp. By definition and by law, industrial hemp is <0.3% THC, therefore has no psychoactive effects which mean it will not get you high.

These statements have not been evaluated by the Food and Drug Administration. These products are not intended to diagnose, treat, cure or prevent any disease. Always consult with your qualified physician before starting any new regimens.